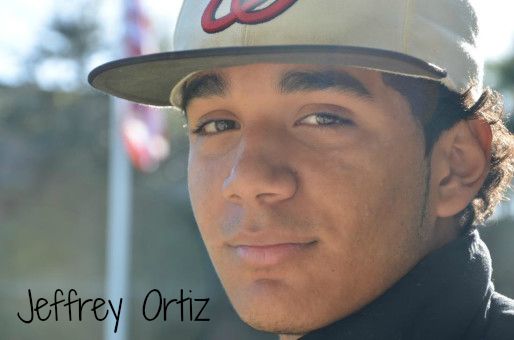 Update: Unfortunately Jeffrey Ortiz lost his battle with Cancer and has passed away on December 18, 2014. Thank you for your good wishes and for any, and all, support that you have offered.

The original Fight with Jeffrey Ortiz article as posted on December 9, 2014:

Jeffrey Ortiz is fighting the battle of his life…the battle for his life.

Jeffrey is a son, a brother, an athlete, a scholar, a friend, a devout Christian and a competitor. He will need to be all of these things and more.

At just 20 years old, this kind young man known as “Big Papi” has been diagnosed with Stage IV (Stage 4) cancer, one of the worst diagnoses one can hear.

Stage IV cancers are considered to be a late stage cancer. In these cases, cancer has spread through the organs and possibly to the bones.

At this stage, surgery is not usually an option and the goal of treatment is to help the patient to live longer, reduce pain and improve symptoms.

One of Jeffrey’s older brothers shares that “it seems impossible that he is now battling for his life on a hospital bed when only a year ago he was playing college baseball.” Little did Jeffrey know that the back pain that he had attributed to a sports injury would bring him down a road that no one would have ever thought possible.

As a dedicated college student, Jeffrey was playing sports regularly, spending time with friends and going to church. Jeffrey was living a happy life…some may even say a carefree life. Unfortunately, that would change drastically as he spent the next months going in and out of doctor’s offices, getting test after test and even being quarantined for more than a week due to a Tuberculosis scare.

However, through it all, Jeffrey kept his cheery attitude even going so far as to say, “No matter if it’s a worst-case scenario, you still gotta live life right?”

In reflecting on all that Jeffrey is going through big brother, Jose, shares that “there truly is no feeling like knowing the life of someone you love so dearly is in danger. We, as his family, we will do anything and everything within our power to help him in any way we can.” Jeffrey’s family has rallied beside him losing time at work to support Jeffrey at his bedside with encouragement or anything else that he needs. However, that will only go so far.

The family worries about upcoming expenses. These will include co-payments, fees not covered by insurance and expenses brought about by the pursuit of alternative treatments. They also worry about the less obvious expenses. A hospital bed for the home, an accessible shower and home health care among them.

Dr. Amy Abernethy, director of the cancer care research program at Duke University, recently conducted a study. This showed the average out-of-pocket expenses for a cancer patient.  “$712 a month for doctor visits, medicines, lost wages and travel to appointments” and that is not all. This does not take into account expenses from secondary infections, secondary diseases brought about by medication and a compromised immune system. It also does not take into account the untold cost to the family at large.

To this end, this kind and humble family are asking for help.

They have signed up with The Give Forward Foundation. The hope is to raise funds to help with all of the expenses ahead. The family will be grateful if you are able to donate. As well, they are very grateful for any prayers or words of encouragement. The family can be reached on Facebook at Fight with Jeffrey or by email at FightWithJeffrey@gmail.com.  You can also contact simply by leaving a message in the comments.

Thank you again for all who have read this. I am sorry to say that Jeffrey did not make it. However, his family appreciates all efforts that were made on his behalf.  ~ Elise

12 thoughts on “Fight with Jeffrey Ortiz”

2 Ways You Can Improve Your Posture

How to Track Your True Health