And The 2017 Golden Foodie Nomination Goes To

And The 2017 Golden Foodie Nomination Goes To

Orange County’s culinary elite gathered on Sunday, September 24, 2017. It was a celebration of the best of the best.

Ketel One Vodka and Roca Patron Cocktails were among the cocktail choices.

Once seated in the ballroom there were more culinary delights and cocktails to enjoy. Additionally, guests, top chefs, and foodie icons enjoyed edible art, videos, and the presentations.

2017 Bartender of the Year – Jose Zepeda of Hopscotch.

The 2017 Best Cocktails in Orange County – The Farmhouse at Roger’s Gardens.

The Deck and Farmhouse at Rogers Gardens – runner-ups.

Bosscat and Taco Rosa were runner-ups in this category.

Taco Brat and Recess Room were the runner-ups.

The runner-up in this category included Chef Joel Harrington of Lido Bottle Works and Chef JT Walker of Pacific Hideaway.

Second and third were Napa Rose and The Ranch Restaurant.

Second and third were Hopscotch and Skyloft.

Dave Hanna of Hanna’s Prime Steak and Pascal Olhats of Pascal’s certainly did their part too.

The 2017 Restaurateur of the Year – Alicia Whitney of SeaSalt & SeaLegs, Huntington Beach.

Additional wonderful options are offered at Mixed Bakery and Anqi.

David Rossi and Jorge Sotelo certainly bring some gorgeous cake to the table.

Do you want to finally try all of these delicious restaurants?

16 thoughts on “And The 2017 Golden Foodie Nomination Goes To”

The Best Exercise Gifts for Under $50

Do You Have Healthy Romantic Boundaries?

Dr. Ho is a Holistic Health & Life Coach with a special interest in Mindset, Stress Management, Emotional Health and the Brain-Gut Connection to it all.

During Elise's 30+ years of experience she has been honored to work closely with health and wellness pioneers such as Dr. Mark Hyman, Dr. Daniel Amen, Dr. John Gray, and several others.

Dr. Ho holds multiple certifications and degrees including a Ph.D. in Natural Health and a doctoral degree in Naturopathic Psychology. 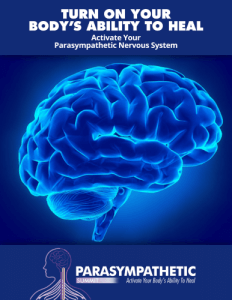 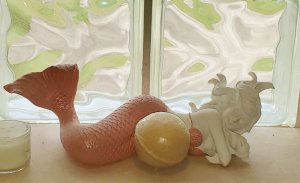 10 Daily Habits That Will Make You Feel Happier

How to Maintain Your Productivity When Working from Home

Dr. Elise Ho is a Certified Naturopath specializing in Emotional Balance, Mindset, Stress Management, & The Brain-Gut Connection to it all. Elise holds multiple certifications and degrees, including a Ph.D. in Natural Health and a doctoral degree in Naturopathic Psychology. She offers 30+ years of experience in the health and wellness space.